We haven't been doing much over the last few weekends other than chores, taking Charlie to football and baking for the childrens' packed lunches so before I cooked our roast dinner we headed to one of our favourite parks in Norwich- Eaton Park.

We were hoping to take the children on the small railway but I had forgotten that the season stopped in September. The children were really disappointed as it's the second year running that we've missed it and the trains were actually running today but only for the volunteers and their families. I must get more organised! 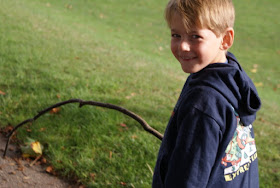 Harry had been trying to hide from the camera for ages but I managed to snap this shot of him and his cheeky grin. 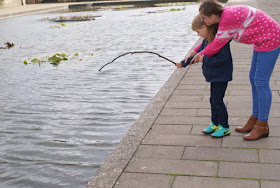 As we stood looking for fish I commented on how Harry looked like a little gnome with a fishing rod so he pretended to catch a fish and told me he cooked in it 'green stuff' (I think he meant herbs!) 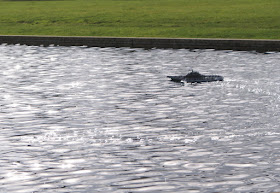 There were only a couple of small boats on the boating pond today but some Sundays it is busy with model boats. We often sit for ages watching them. 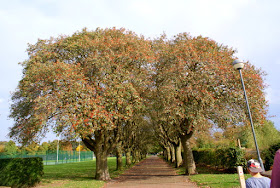 The park is full of gorgeous autumnal colours. 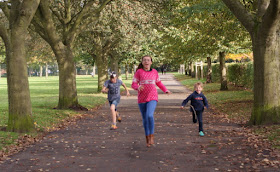 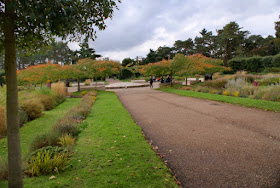 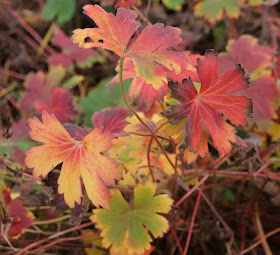 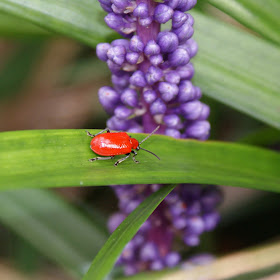 Molly did well to spot this tiny bug. I love the vibrant colour of it but apparently it's a very destructive Scarlet Lily Beetle. 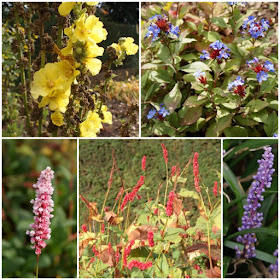 I didn't expect to see so much colour in the park today as I thought that most of the flowers would have died off. 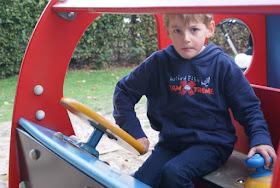 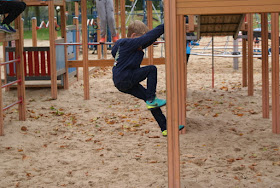 The children love the play area here as there's a great range of equipment to play on. It can get very busy in the summer months but there was plenty of space today. Harry braved the larger frame and did really well, needing only minimal support from his sister. 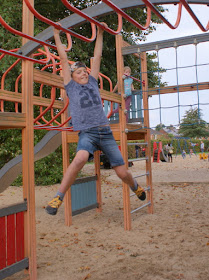 Charlie was really pleased with himself on the bars as his upper body strength has improved a huge amount over the last few months. I'm really jealous as I was never able to swing from the bars. 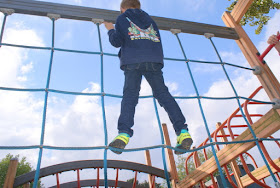 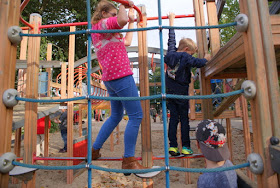 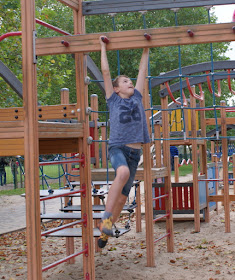 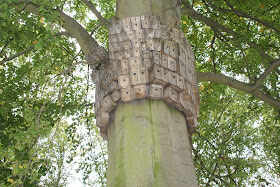 We saw another Spontaneous City by Cow Tower on our riverside walk in Norwich a few weeks ago. There is another one in Waterloo Park but we haven't found that one yet. 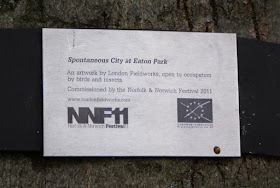 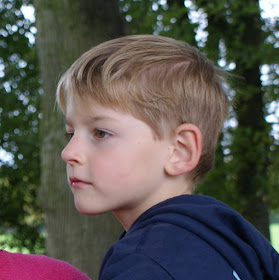 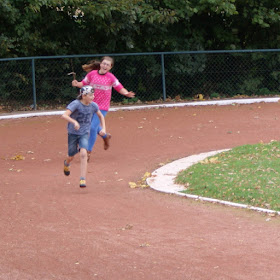 After the play park we started walking back towards the car and the children had a race around the bike track. Charlie won easily but Molly used the excuse was that she wasn't wearing appropriate footwear for a race. 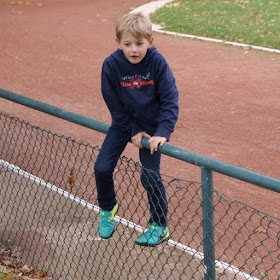 Harry decided against using the gate to leave the track and thought it would be easier to climb over the fence. It wasn't!

Thanks for taking the time to read my blog. Please feel free to leave a comment, I'd love to read what you have to say!